Besides my presence, there are additional indications that this establishment attracts only the best. As evidenced by the black and white photographs adorning the walls, the author Thomas Mann and the Duke of Windsor both stayed here, at different times. The Duke is pictured sitting on a stone wall with his inevitable pipe. The room in which he stayed, now called The Windsor Suite, is still available to book and contains, as the young receptionist breathlessly explained, the original furniture!

The Duke, I am led to believe also was attracted to lederhosen. His relationship with Mrs Simpson, Errol Flynn and Lord Mountbatten, confirm that he did not know whether he should be King or Queen. Psychologists have written volumes on this aspect of his personal life and there is consensus at least that he was ambidextrous: he could use a whip in either hand.

The Duke made many visits to Hallstatt, about 30 km away, where in a serene castle by lake’s edge there was a major Hitler Youth Camp in the late 1930s. One can only surmise he, the Duke, was in lederhosen heaven.

The sauna was another welcome retreat today after my round trip to Mondsee.

There is a sign which states “The sauna will automatically be switched on by bad weather conditions.” I have spent dinner trying to interpret this. For what it is worth, I thought the weather was pretty bad today, but the sauna was not working when I arrived in my bath robe! Perhaps it has to snow?

The weather forecast for the rest of the week looks bleak at least around the upper Austria region. I will train it to Hallstatt tomorrow. I rode 71 km today so I can have a lay day…. If only!

A subtle reminder that Norwood Pool opens soon after I return! 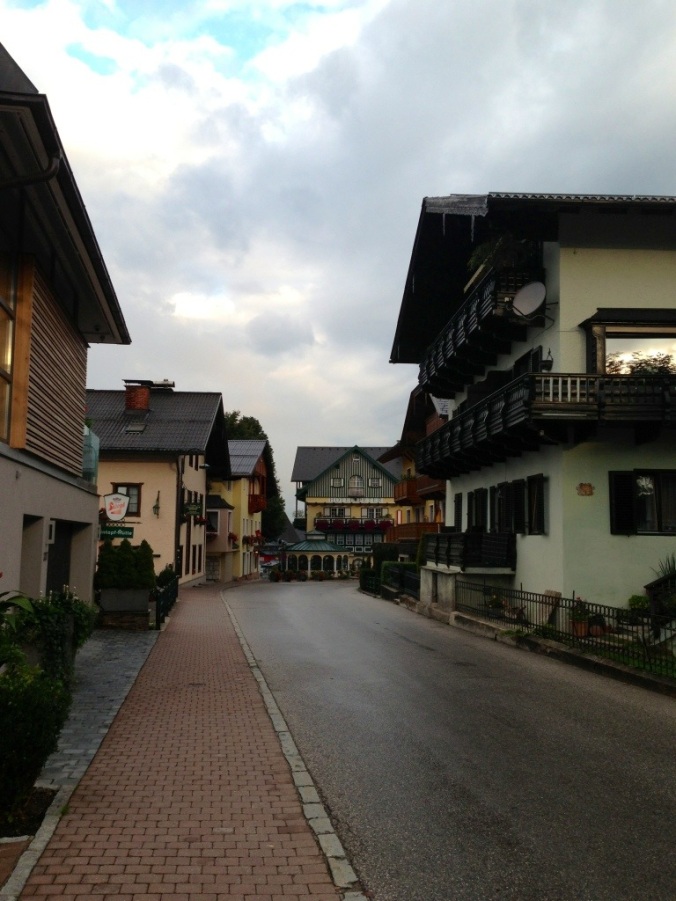