This remarkable aviation museum deserves a blog of its own. The day started out rather wet and bleak, so there were a few options:

The aviation museum won hands down. It is based at an old airfield obviously and is a combination of new parts and well set out exhibits and then a vast field of aircraft of all ages and types rather haphazardly set out and many show the unfortunate consequences of being outside and exposed to the elements, which in Poland are at the extremes especially in the winter months.

There was a row of helicopters ….quite a bizarre image , somewhat explicable when one realises the rotors are missing! 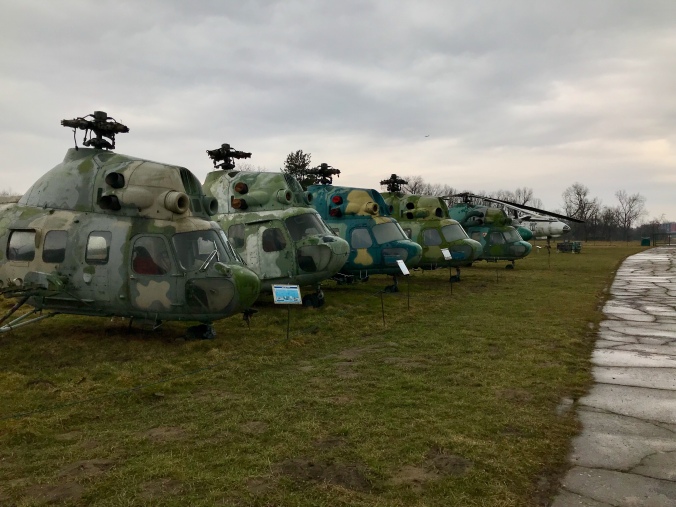 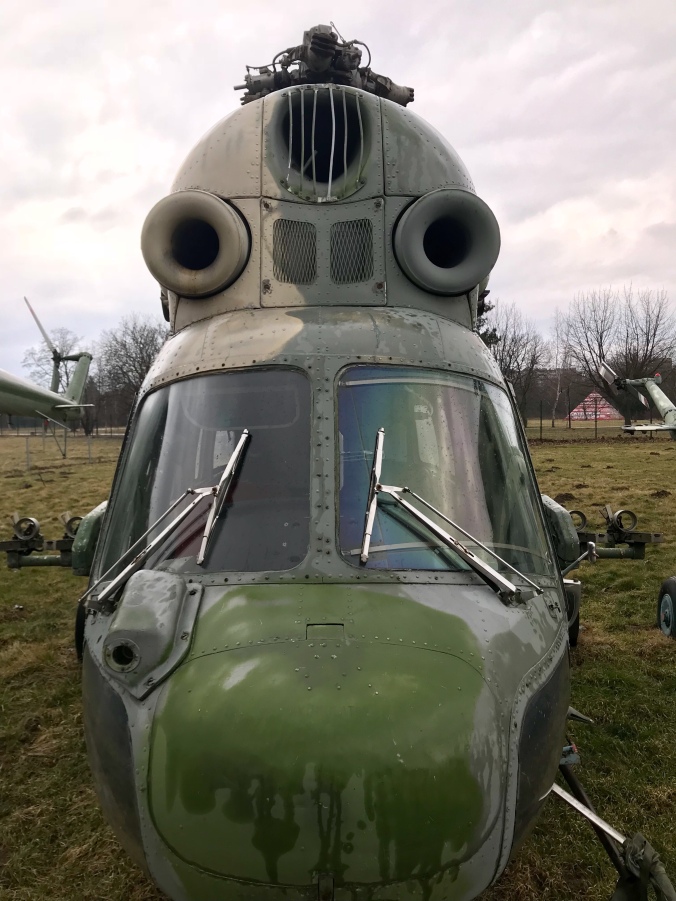 It almost looks like some sort of animal face?

Then there was a fascinating row of agricultural aircraft, fixed wing, helicopter and even a prototype jet engine plane! A Russian design not surprisingly. It never took off -at least figuratively. 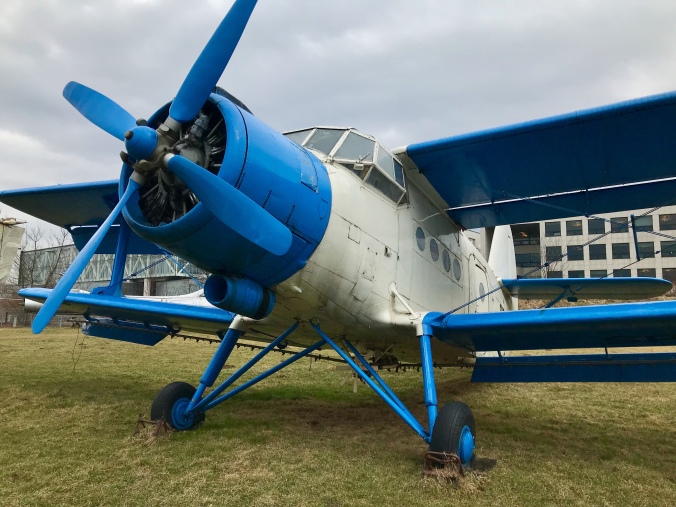 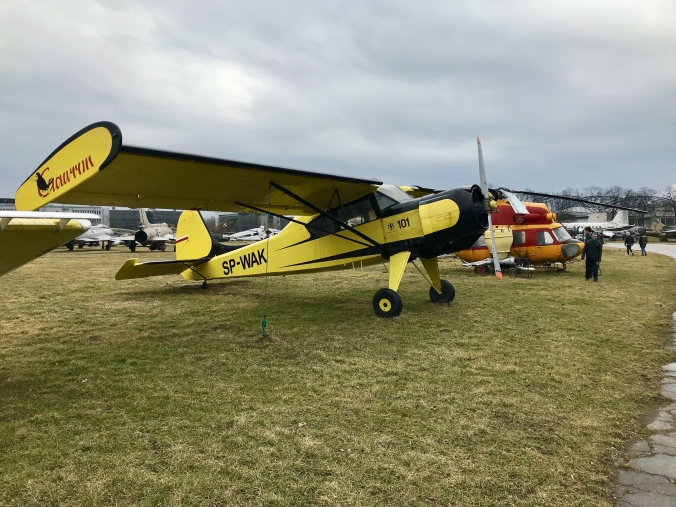 The agricultural jet aircraft prototype, all one can say is “WHY”?

Then a few rows of various military jet aircraft mostly MIG understandably so, from the early post war period up to the late 1980s 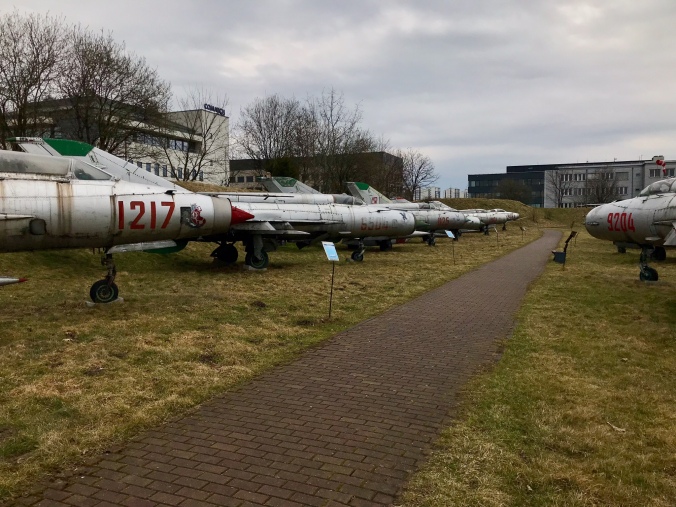 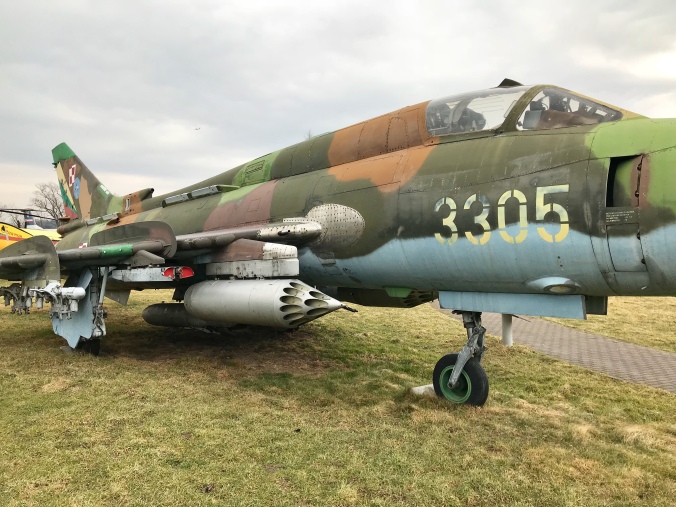 And finally some familiar and famous transport planes from WWII, German and British 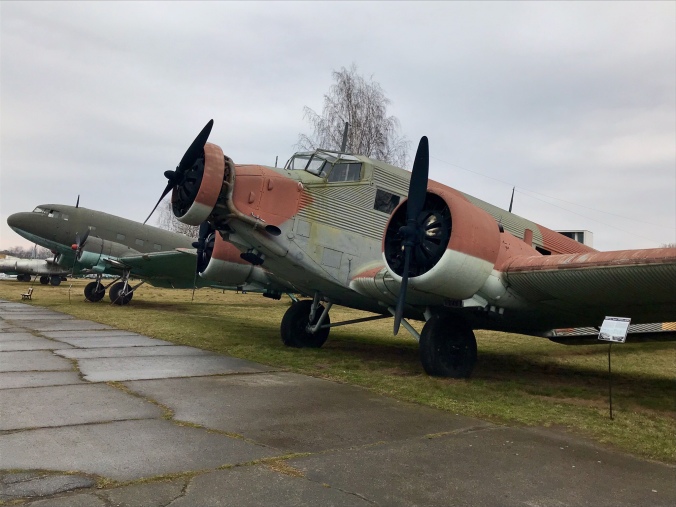 And the Polish museums’ unique claim to fame is this aircraft: 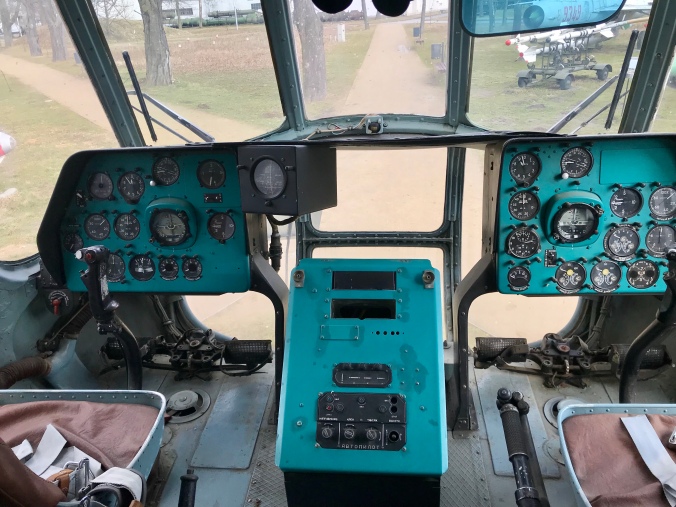 Can you hazard a guess? A hint perhaps- it was NEVER going to crash cause it had God on its side…here is the interior:

I shall reveal the answer in my next blog.