I am lodged at the PAX guest house on a hill overlooking Dingle. It is definitely 5 star! Dr Kiley standard. I have a distinct feeling that this Irish cycle tour will be as chalk and cheese compared to the Camino, but I am so glad I have undertaken both. The owner is John O’Farrell – a perfect host. There is a dog “Rio” – friendly and demanding that you play ball with her. Also meandering free range chickens, the eggs of which, collected in the morning, were used to create a awesome cheese omelette for my breakfast.

Today I cycled the Slea Head Loop – which it rapidly became obvious, is a fairly famous and therefore busy route – a few cycles but mainly cars and the inevitable huge tourist buses. The road was sealed, but relatively narrow so I did at times feel moderately uncomfortable. When I arrived back at Dingle I immediately cycled to Paddy’s bike shop ( I kid you not) and asked for a rear view mirror. Paddy’s response ” we don’t stock them, the locals tend not to use them”! Well that argument is unanswerable!

The movie Ryan’s Daughter was filmed around Dingle! Now you know!

The Spanish Armada ran aground at a beach on the Dingle Peninsula! That was before they filmed Ryan’s Daughter.

At the end of the day I cycled up Conor Pass quite an effort! The pass is “the highest mountain pass in Ireland” at 410m – I could not believe this. It’s a relentless climb over about 7 km and at an average incline of about 4.5% . Sounds easy but it was an effort on the hybrid.

The tour company I chose is based in the USA do that the route notes are in miles. Similarly the cycle computer is set to miles. Consequently it seemed that the whole day went more slowly! I even seemed to get lost more slowly!

The predominate nationality of the tourists is definitely American. 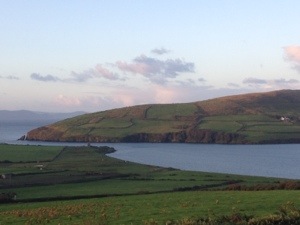 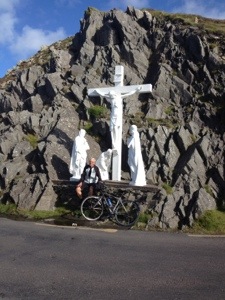 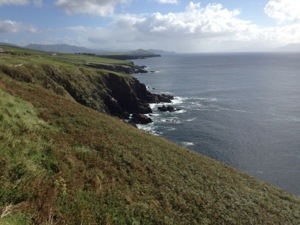 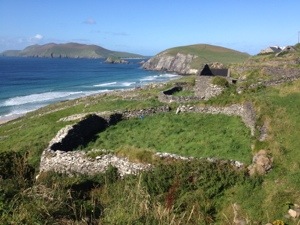 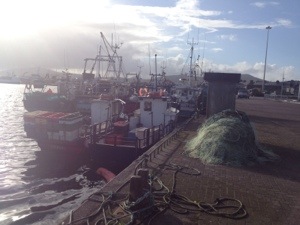