There are two wonderful places of interest in Grein, as well as walking the village itself. The Schloss Greinburg – the local palace on the highest hill and secondly the oldest preserved “bourgeois” theatre in Austria! The term bourgeois I guess means a performing space which was not part of a royal Castle or ruling class palace. The pictures do not give any sense of the almost Lilliputian feel to the theatre. On many levels this village reminds me intensely of the village Oreo Preto in Brazil. It has the same general feel of its overall antiquity and is the home to Brazil’ oldest active “Opera Theatre” – I performed a soliloquy on stage!

The original building for the theatre was the town hall and there are remarkable archives from the past in relation to local government and the theatre.

A few notable curiosities: there was a prison cell in the original municipal building and a small window allowed the prisoners to watch the performance.

The locals could take out a subscription to seats. The original seating is still used. The subscription was enforced by giving the subscriber a key which unlocked an iron bar across the arm rests!

Finally there was a toilet built into one of the side walls with a curtain for privacy, for use during the performance! Gives new meaning to the term “thunderous applause”?

On summary a village on the Danube not to be missed , no matter what the weather !

The Arcade Courtyard of the castle at Grein – the Schloss Greinburg. Strictly speaking now defined as a Palace. Construction started in 1488 and was finished in 5 years! No unions in those days. 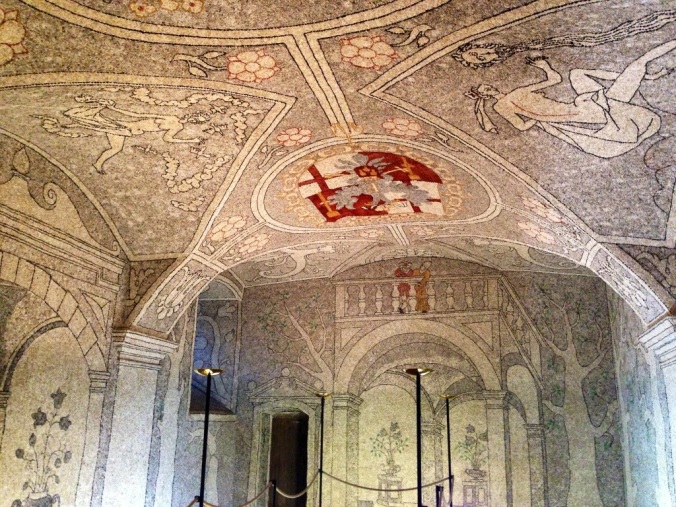 The Mosaic room – the Schloss Greinburg – remarkable! It is completely covered in a mosaic using pepples from the Danube river bed!

The Danube from the Schloss Greinburg 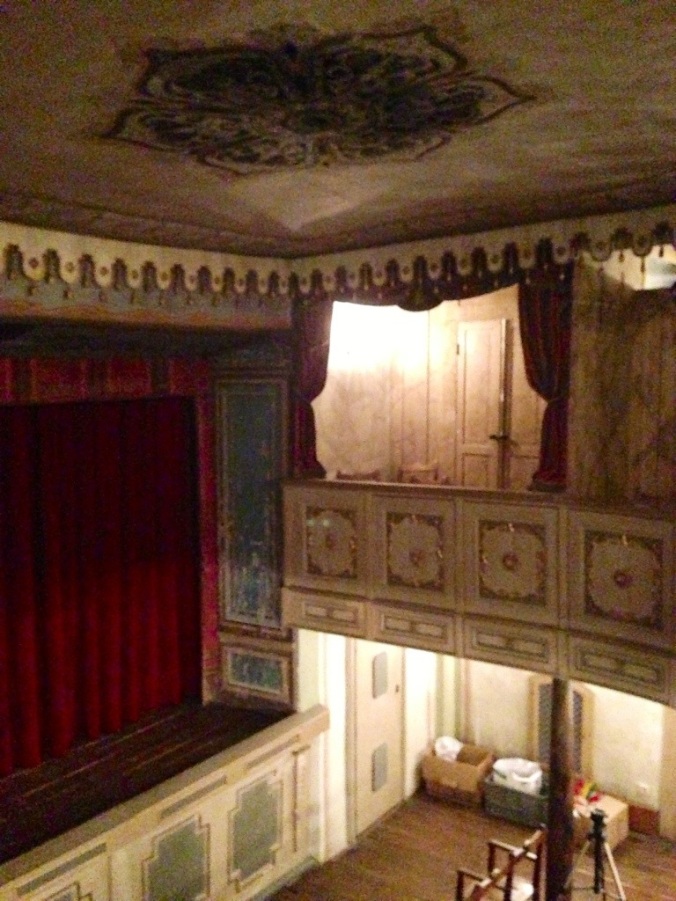 The historic Municipal Theatre of Grein 1791. The royal box shown here is called Napoleon box as the locals claim he came to a performance!

There is now a database of Historic Theatres in Europe and one can do a self guided tour. A database is in development.
http://www.theatre-architecture.eu 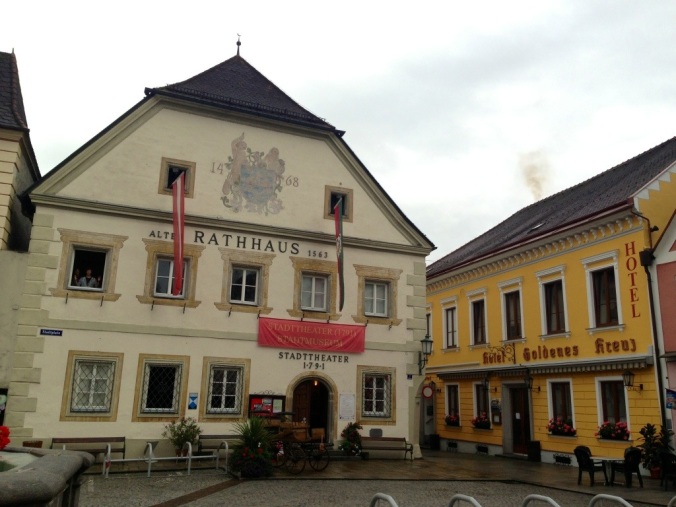 The front facade of the municipal theatre