This is a memorable World Heritage Listed town, justifiably so. Put it on your list of places to visit. The inevitable consequence is, as with Prague that

It is seething with tourists

Restaurants specializing in “genuine” bohemian food and finally and most impressively the tourist office have produced its own app – in the Apple store.

But why is it that in all of these heritage towns, alongside the usual cultural museums and performing arts venues, there is around the corner a

I had roast pork, cabbage and ham and “dumplings” for dinner. Now here I face a dilemma. My mother’s dumplings were flour, water, a knob of butter and a pinch of salt, all kneaded into dough and then rolled into balls and dropped into the gravy of the casserole at the right time, so to cook in the gravy.

The Czech version is so different that I can’t believe it’s the same animal! Whilst it may have a knob of butter, it’s definitely not a ball but a soft, doughy, chewy white log. This log is cut onto 1 – 2 cm thick circles. How it is cooked I have no idea! It certainly has never been anywhere near gravy, although its consistency – a cross between tofu and Wettex, is quite appropriate to mop up the plate at the end of the meal. In summary this alleged traditional Bohemian food is left wanting! In my case , just “left”!

The highlight of this town is the castle and its grounds as well as the entire ancient village. I was there on a Saturday and at about 3pm about 50 bikies and their molls, roared up the hill and took a group photo shoot – men, bikes and Sheila’s! 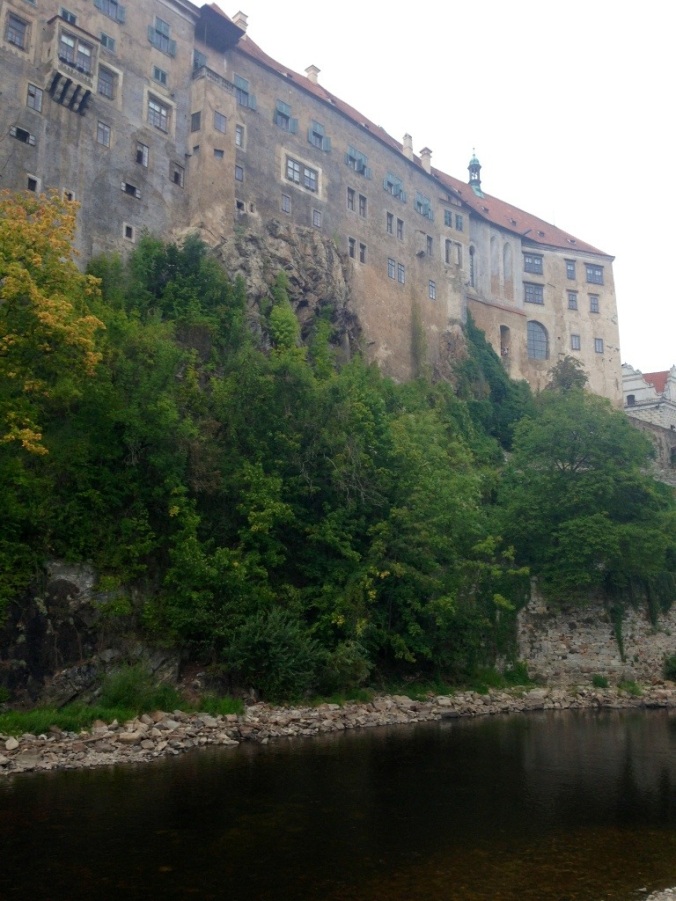 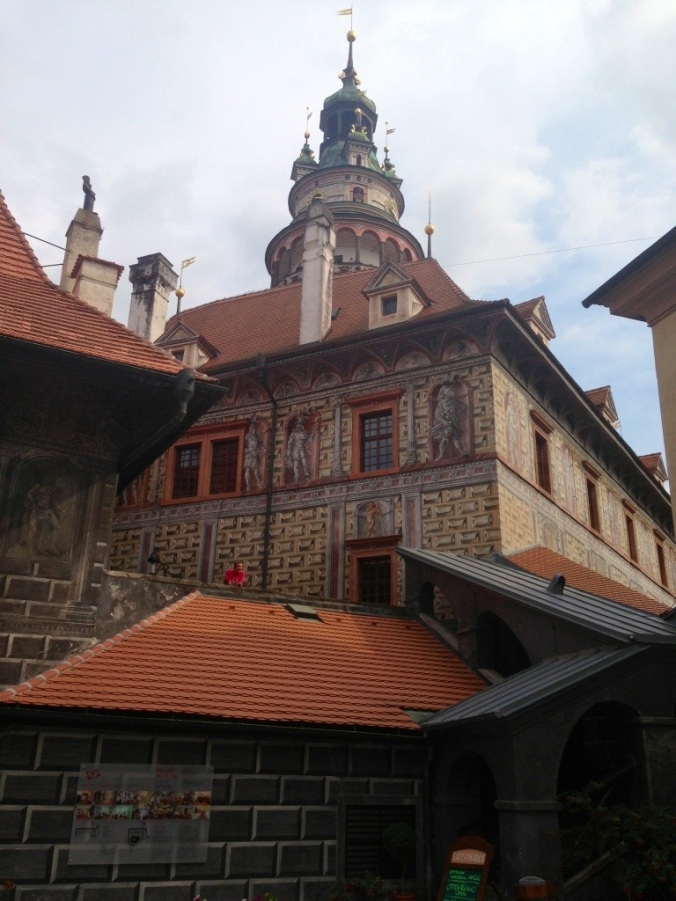 Part of the gardens of the Castle