My guide book states: “free of traffic (except for a few horse drawn carriages) and ringed with historic buildings, Prague’s Old Town Square ranks amongst the finest public spaces…”

Note carefully that the descriptive “open” is not used and for obvious reason. Never in my wildest dreams, or rather nightmares, have I been confronted with such a seething mass of humanity. It was not enjoyable. So tightly knit were these literally hundreds of tour groups that it was impossible to raise one’s arms from the anatomical position. It was marginally threatening.

The always inventive, inscrutable
Japanese have in predictable fashion, devised a fiendishly simple solution. As they sweep around the corner, like Emperor Penguins (or were they Fairy) in the depths of winter, they execute what can only be described as a huddle. As one, they raise their arms, holding their iPads high above them and advance like a tsunami into the square. The simile is not without substance, as so frightening is the sight, that other groups are torn asunder by the advancing tidal wave.

Now that I think about it, I realize that this obviously explains why Japanese photographers have developed somewhat of a well deserved reputation for the “panorama shot”.

A passing comment: Why is that every museum which I decide to visit on the spur of the moment, is invariably closed on that day? The Museum of Music in fact is normally closed on Tuesdays, but some inexplicable reason was also closed for the following two days! 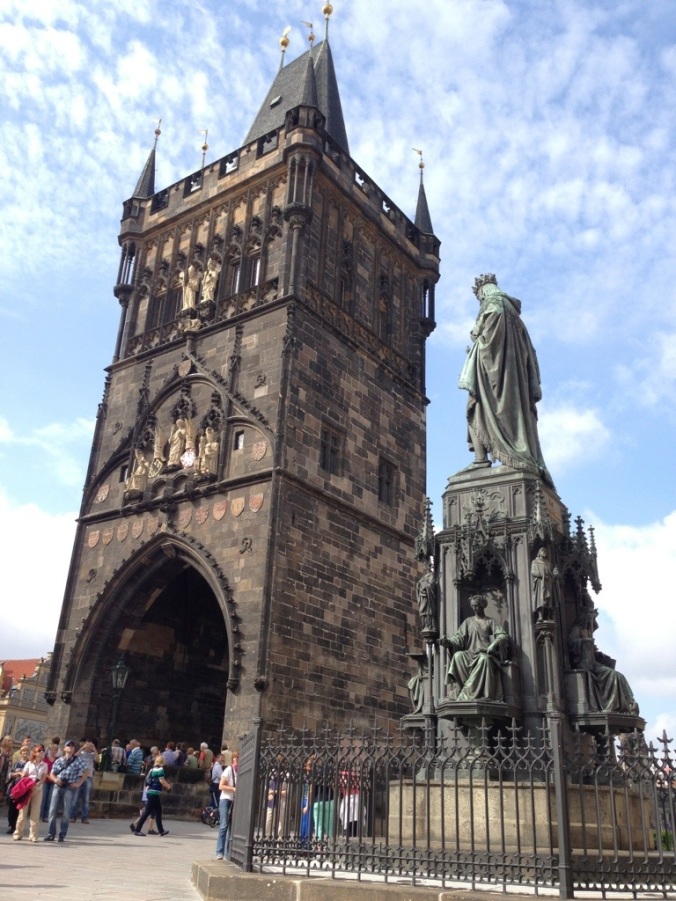 Statue of Charles and tower of the Eponymous bridge. 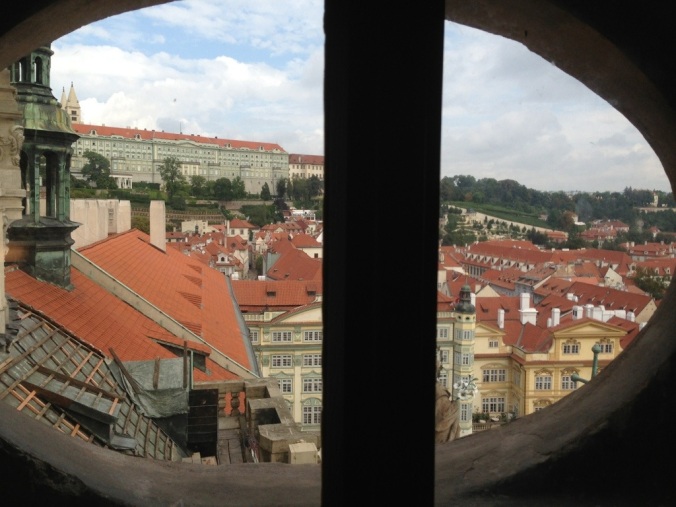 The view from the watchman’s “apartment” in the Bell tower of St Nicholas. His job was to ring the bells in time of danger – enemy, fire or flood – the place to be in which case! He received 531 florins a year. In addition his benefits included one pair of ear muffs – even in 1576 OHS was ever present.

The organ of the Church of St Nicholas. A fresco of St Cecilia, Patron saint of music, watches over the organ, constructed in 1787 and…. wait for it, played by Mozart in 1787. Now for me that is a religious experience. 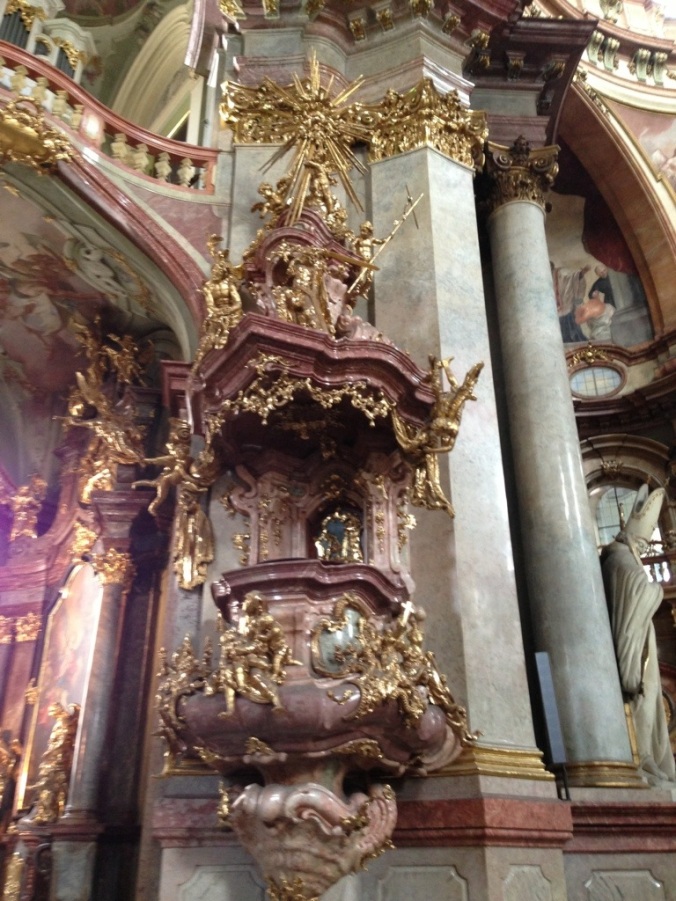 The pulpit dating from 1775. They buy Brasso by the bucket load. The altar boys gain considerable rubbing skills.

Church of St Nicholas – this is the last bloody church I am going to snap. Promise. What is more confusing is that the TWO main churches in Prague are both called. St Nicholas. 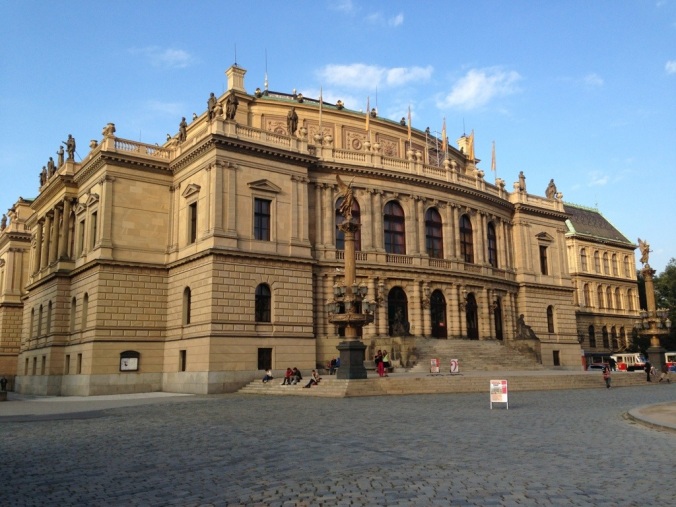 The Rudolfinum – home of the Czech Philharmonic Orchestra