Other than a coat of arms on a pole beside the path, I pedaled blissfully ignorant, as always, across an an international border. The town of Decin is more obviously the poor cousin of the German villages. The Czech Republic is apparently in the EU but I guess like the UK, still uses its own monetary system. There is almost no English spoken, by any generation; the local currency has a value that places it somewhere between Monopoly and the defunct Italian lira.

However I did manage to negotiate a local SIM card with Vodafone that, according to the young man, promised me 1.2 GB of data over the next 3 weeks! Time will tell.

It’s 19.30 and Decin is dead! There are a few pubs open and people seem to be drinking and not eating? I negotiated a salad, a beer and god knows why I do this, but a coffee! I keep on saying to myself never again, but I do! Crossing the border has signaled a return to cigarette culture. There are lots of what are advertised as electric cigarette holders. If only it would shock them out of the filthy habit.

The former Decin Palace is quite something and tonight there is a production of Romeo and Juliet on the parapets.

The majority German population of Decin were summarily moved on and out, after the war, all twenty odd thousand of them. Sadly it shows in the dilapidated infrastructure. 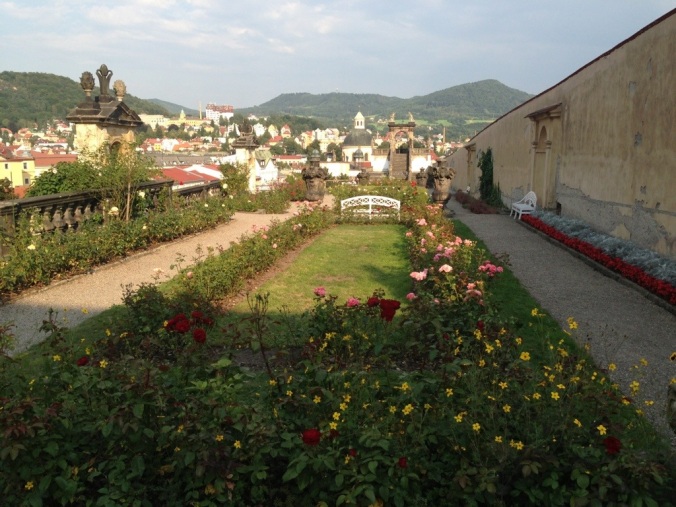