One can read all about Dresden so I won’t boringly repeat it. I will say it is one of the most delightful, serene relaxed cities I have visited. My impressions are that it is at least in the city centre almost car free! Pedestrians and bare-headed cyclists of all ages meander and wobble along wide cobble-stoned streets. Of course there are vehicles – modern trams and buses but even these seen to travel slowly and carefully.

Dresden was decimated in two shattering nights during the last months of the Second World War, more than 1200 allied planes dropped almost 4000 tons of bombs, killing upwards of 25000. Today one would never know this, for as in Berlin, the city has been lovingly and painstakingly restored. Huge sandstone palaces, civic structures and churches that look 800 years old were all but rubble 80 years ago.

There is an inverse relationship between awareness of the whereabouts of a city’s tourist attractions and the age of the person one politely accosts in the village square. Or to put it another way, the location of any edifice constructed more than 25 years ago , will not be known to any local conceived less than 25 years ago.

Regular readers of my adventures last year will recognise instantly that I am navigatingly challenged. I stood in a beautiful square filled with chic coffee shops and al fresco dining. I approached a young waitress, iPhone opened to the stunning website of the Royal Palace (Residenzschloss) – complete with its name in both German and English. She looked at it, did a double indeed triple take, then slowly shook her head. Now just to clarify we are talking here about the TOP attraction as listed by 12 million local tourists on Trip Advisor… Stunned, I did a 180 degree turn to walk away and there it was in front of me! I had been standing with my back to the bloody place all the time. You may think me stupid BUT don’t forget the waitress was facing the structure, slowly shaking her head whilst observing a high resolution picture of the edifice on my phone.

Sadly, Germans don’t know about great coffee! Most of the cafes have those dreadful automatic machines which abound in the Qantas club and other less salubrious venues.

There are other things they do well. They are obsessively organised. A visit to the Dresden transport information office to ask the best way to my bike shop to pick up my hybrid was efficiently concluded with a printed page listing the tram line, as well as the start and finish stops and a google-esque map showing the walking route to the bike shop from the tram stop. If I could only discover a real barista I would gladly settle in Dresden.

On the great steps leading to the Promenade, a woman sat playing a piano accordion – The anniversary waltz! My father had a recording of Al Jolson singing this very song! I was mesmerized. Upon my return 60 minutes later, she was still playing the Anniversary Waltz! Practice makes perfect, for piano accordion as well as Recorder players it seems? 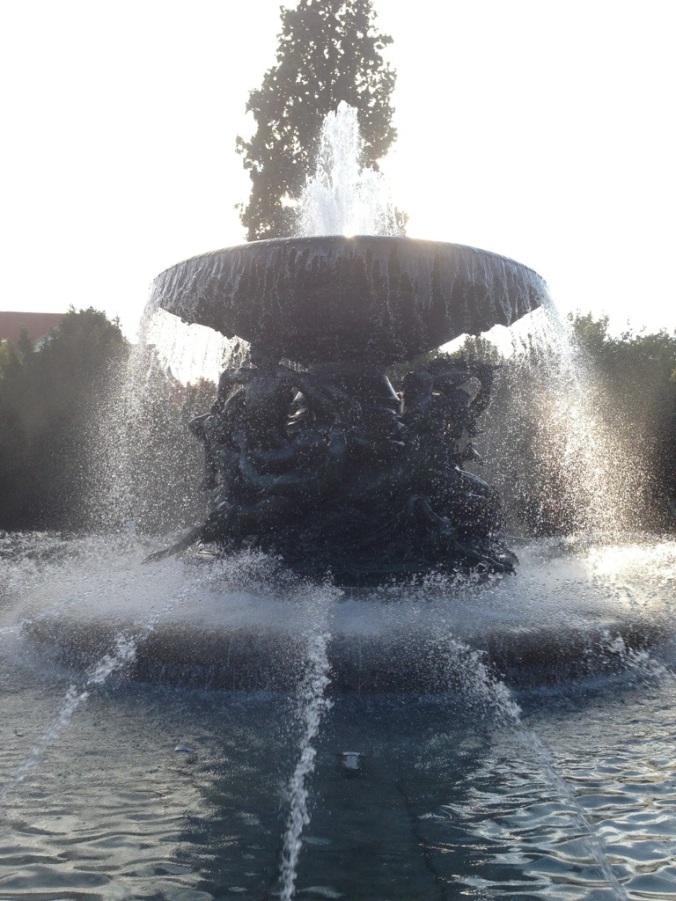