After exploring several Polish cities and quaint towns, most of which other than Warsaw, have been deserted, I have now arrived at the Polish equivalent of Florence or Rome or Prague. It was too good to be true. Getting here from Lublin involved back tracking to Warsaw then catching another train to Kraków, each by an intercity express. The trains are relatively fast, but the trip today was several hours. As it turns out, I could have travelled by bus direct between Lublin and Kraków for a journey of perhaps 4 hours. However an intercity bus express on the hectic Polish roads is much less attractive. The decision was finally cemented with the appearance of new snow, albeit, a light dusting, today and the train at once was a much softer, safer and warmer choice. Which reminds me, on divesting of my snow gear at the Kraków hotel, I discovered that I have lost the second beanie. I am now on my third hat in 2 weeks, which is two more than the number of boyfriends I have had in 20 years.

And another thing, why are those small safes in the hotel room, for ones’ valuables, typically in the wardrobe, invariably placed at floor level? As it requires keeping the door closed with one hand and at the same time keying in your unique secret 4 digit code (3693 – in case you are interested) with the other, it necessitates lying flat on the belly as this is the only way to get things at eye level to ensure hitting the correct code numbers.

I was feeling that I had visited sufficient Cathedrals in Poland to be a lot more selective from now. As a devout atheist and lapsed Anglican, in that order, ( I emphasise both as I do have some friends who are devout atheists but are still practicing Catholics. According to the last census indeed the vast majority of practising Catholics are both) I fear that visiting too many catholic sacred sites may make me “turn”. But Kraków is the home of Pope John Paul II – remember him? So it’s one last cathedral. Again I was struck by the long queues patiently waiting to confess. Is it just because of Easter or are the Poles rampant sinners? I wondered how the process could be made more efficient? Perhaps a sort of “take a ticket” set up as at the supermarket delicatessen or as each confessor leaves the confessional, the priest could push a button which sends a voice message to your phone “ thank you for waiting, God knows your time is important to you and rest assured, God has time on his hand, he will still hear you,…. you are now 13th in the queue”, etc.

Again I was struck by the number of young people waiting patiently, of itself a virtue. 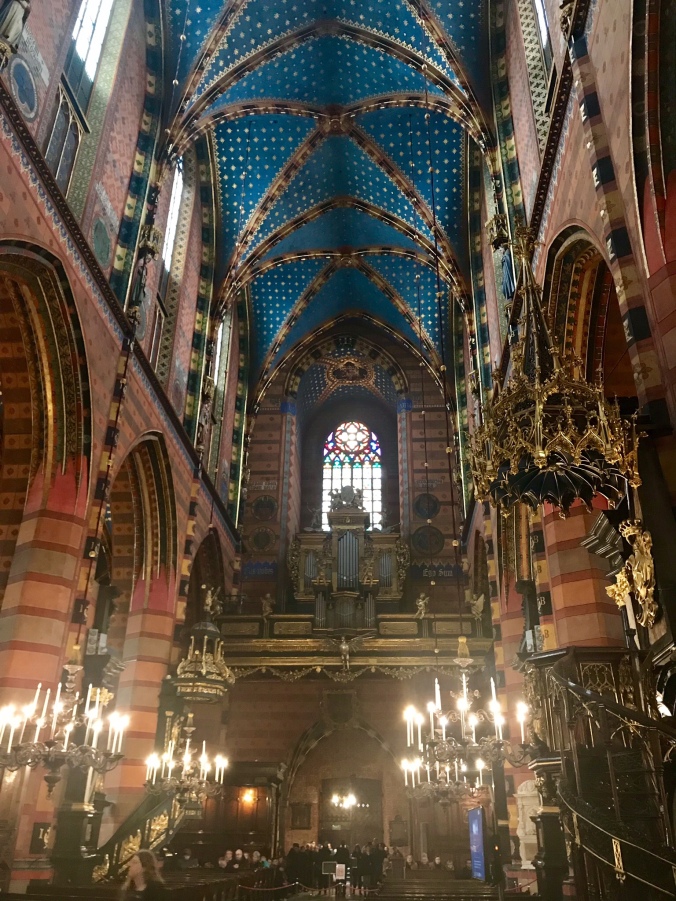 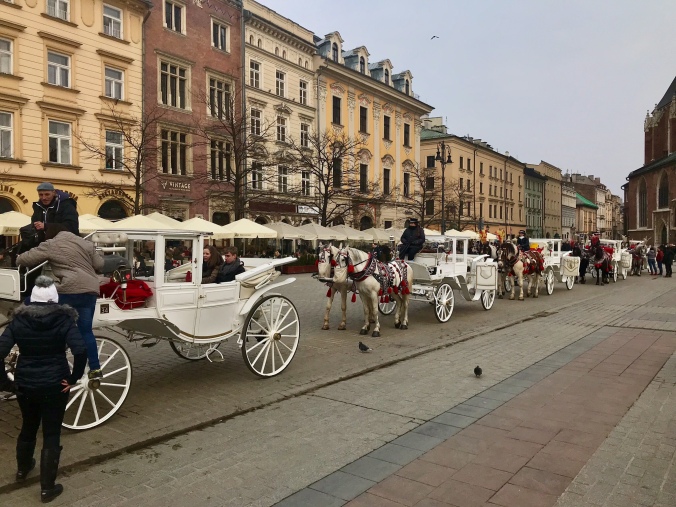 Some preliminary pictures on arrival day