There are literally hundreds of “private”minibuses that crisscross Poland. They are invariably Mercedes vans and whilst this may seem impressive, they are all in various states of decay belching diesel fumes as they transport thousands of locals between towns and villages that dot the countryside. Such bus stations , seething with humanity and the fumes of diesel and tobacco, evoked memories of such bus stations all over Asia and the Indian subcontinent.

Having reconnoitred the evening before, discovering that the bus to Zamosc left from terminal 4 ( of which there are more than 26 bus terminals ( in reality a sign post) and rather impressively leaving every 20 minutes, I presented myself at 8:40 with the iPhone pre loaded with

One does not need a higher degree in language to pick up a word such as “Bilet” and “Zamosc” to have a reasonable stab at the intent. Sadly the driver looked at the screen intently in my hand , then took it himself , looked at it more closely, at this point I had a sense of profound déjà vue ( recall the Warsaw Railway Station ticket saga). He did not turn the phone upside down or back to front but simply stared at the screen as though mesmerised without a single word not even in Polish. Perhaps I had an illiterate bus driver? Had he never laid eyes on an iPhone before?

He eventually turned to the remaining passengers and after a brief discussion, a young woman came to the front of the bus, read the text and explained that I had completely stumped him by requesting a “return “ ticket! To Zamosc it’s one way or nothing. If truth be known the bus had a large sign on the windscreen stating ZAMOSC, so the simple act of getting on the bus would have indicated my intent and I could have handed him a 20 Zloty bill and paid without the need for the spoken word, unless of course I had persisted with my request for a return ticket. I fear he will go home after work tonight, get drunk on vodka or beat his wife or quite possibly, both and I will be to blame.

The medieval fortress town of Zamosc is justifiably a UNESCO World Heritage site. Surrounded by the inevitable walls, moat and bastions it managed to survive mostly intact until the invasion by Germans and Russians during the Second World War. 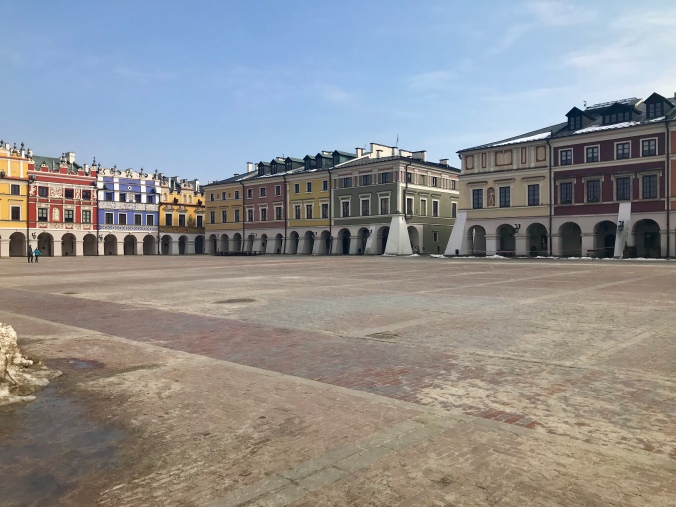 The 3 pictures above show the famous town square, devoid almost entirely of humanity at 10:30 am, a few Poles and certainly no Japanese. Not sure that Poland is on the bucket list for wealthy Chinese or Korean tourists. The town hall sits at one end of the square. The very colourful buildings that surround the square once belonged to wealthy Armenians ( not Americans!) 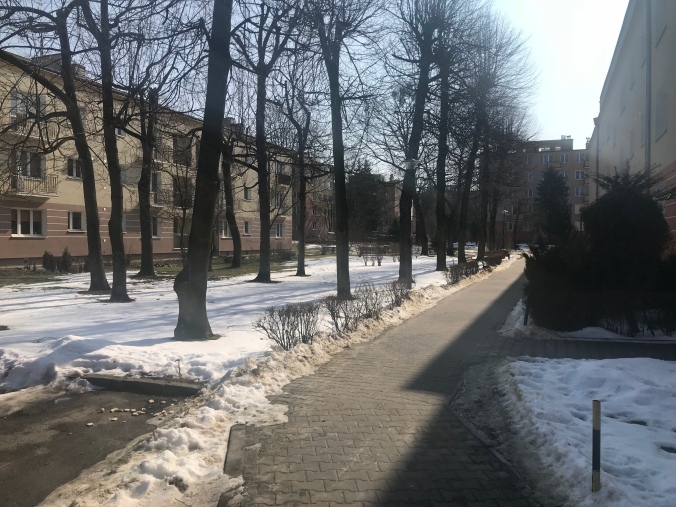 Whilst the old town occupies a few hectares, the rest of the vast metropolis is a bleak, depressing landscape of dull high rise appartments… the winter weather, the deciduous, dormant trees give a feeling, common so far in Poland , of an Eastern European country – which indeed it was until a few years aback 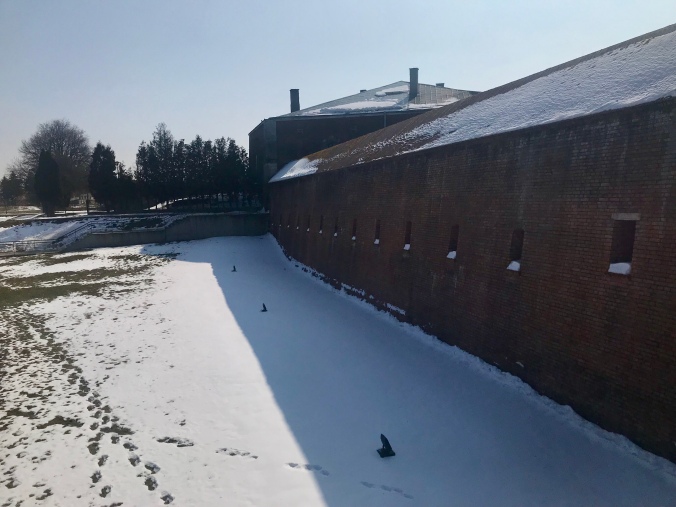 Finally tonight , having decided to forgo bread and wine for the rest of the trip, the waiter tempted me with a baked cheesecake. Not any old cheese cake but a typical Jewish Cheesecake.. 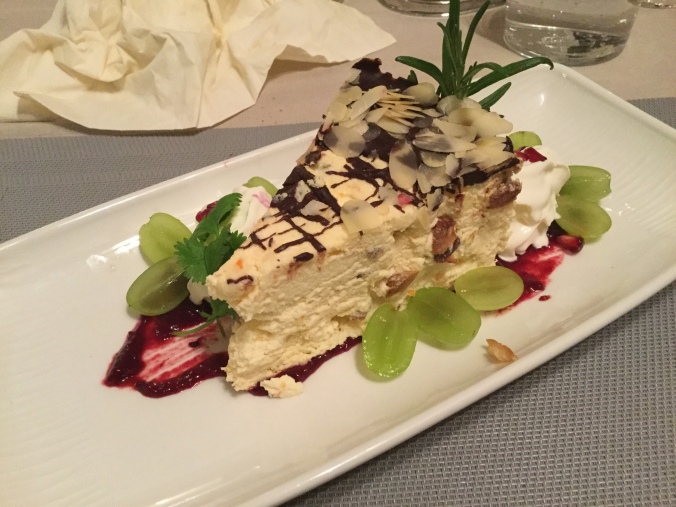 why it is a Jewish I have no idea, but rather than pressure the waiter, I felt that it required circumspection on my part .