I am seated for dinner at the Waldhotel Sommerberg, altitude about 800m. Here is the view from the restaurant. 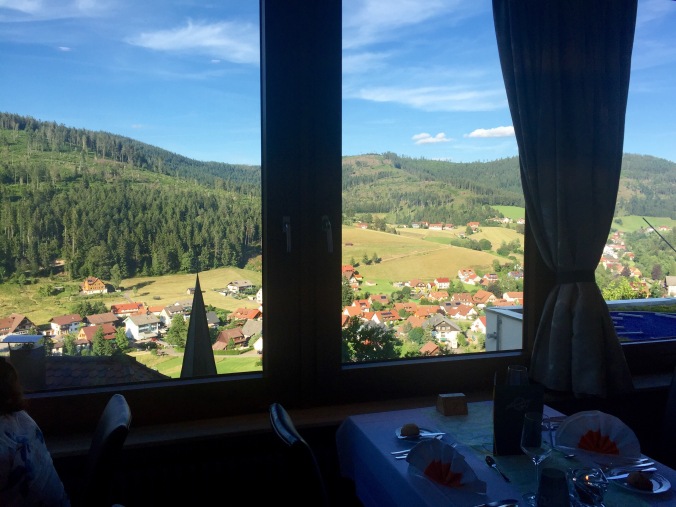 Hotel Restaurants in the Schwarzwald at least seem to open from 6:30 to 8 pm. By 6:45 the place is seething, a white poodle saunters past… It is much more family oriented : grandparents, grandchildren, (millions of children) , crying neonates.

Then music starts at one end of the room –   a man is playing a keyboard. Its not intrusive and rather foot tapping! No cow bells in sight or leadenhose. I ask the waitress about these happenings and she explains that there is always a party and music on Saturday nights! I have lost track of time and forgot it is Saturday. So there is a smorgasbord, several generations of German families and “Das hund” – the music is gentle and appropriate: the waltz from Die Flerdemaus,  I am seriously thinking of hanging around ( most out of character) as I am convinced that by 9 pm there will be young men dancing in lederhosen to Edelweiss!..or the von Trapp Singers will perform.

The elderly couple with the toy poodle in tow wander to their table. Fabulous! The keyboard man has started to croon…and at a decibel level that does not drown out conversation. It’s all very civilised… If only the Germans had won the war.

The walk was another 25km through pine forests and passing a large settlement which was a centre for skiing in winter with ski lifts ( idle) and ski jumps etc. I descended today from the heights of yesterday, lost the trail 5km from the finish… Yes! 5 bloody kilometres!  Mostly I hiked along a cool mountain stream.  As it was Saturday and sunny, there were hoardes of Germans hiking so no chance of not being found when lost!
Tomorrow is the penultimate day of walking and in retrospect the trek has a similar feeling to my bike ride along the Camino. It was on the Camino that I decided to learn to play music whilst contemplating my sins … 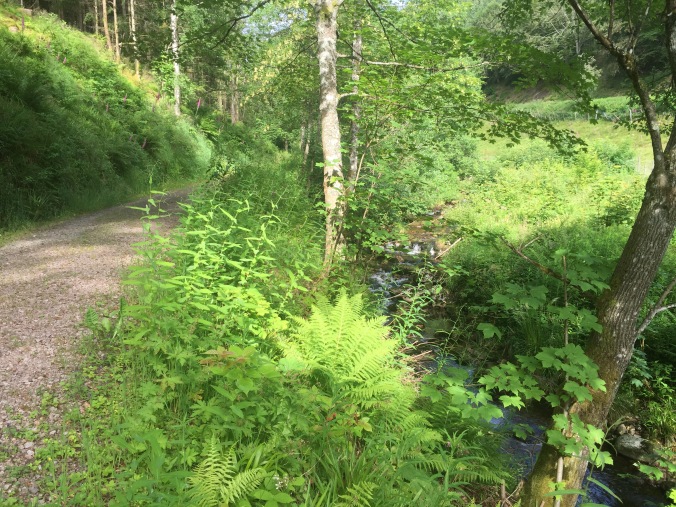 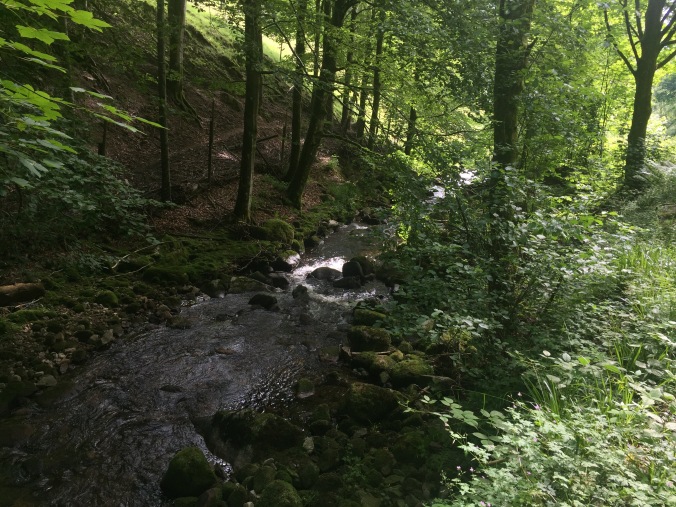 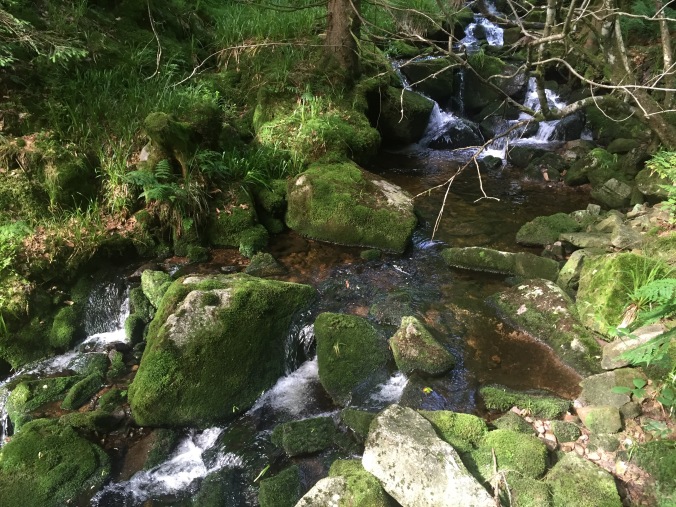