I have enjoyed Vienna, possibly a little more so than Prague. It is very cycle friendly with well marked dedicated cycle paths. The two frightening aspects were negotiating which side of the road one should be on and secondly avoiding the tram tracks! I have ignominiously had my front wheel caught by the Glenelg tram track in Adelaide and hence gracefully and unavoidably in slow motion come a cropper. Once bitten….

There are two very wide ring roads that encompass the old centre and so I have cycled my way around all the sights in both directions – for variation!

So I don’t want to (and won’t) simply list all the “places to see” in Vienna, I saw the majority and mostly from the outside. Like Paris, one can become “museum-ed out”! The architecture was my focus and delight. Pictures will suffice. Great gardens everywhere as well.

There was one fascinating place that I would not have sought out, were it not for the specific recommendation of Peter Magerl – the Vienna Central Cemetery!

If and when you visit Vienna and have an interest in Classical Music, then cycle the 12 km or so and contemplate the final resting places of Mozart, Beethoven, Brahms, the list goes on. It’s in the real sense a huge Baroque garden, tombstones all works of art in an autumnal botanic park!

The one disappointment was the Danube. Having cycled 200 km along this unique raging river with thriving well maintained historical towns and villages and finally lush orchards and vineyards, the Danube in Vienna is neither Beautiful nor Blue. It is a canal. The water a muddy brown, the only blue is in the relentless graffiti that covers every inch of the old stone walls.

But I do feel the instinct, like a migrating snow goose, to move on. As I have explained before, 4 or 5 days is sufficient in any major city.

An observation on the older couple, travellers from Australia and USA specifically. There has been a fair number pass through the hotel during my week here.

Both wander or stumble in a rather stunned way into the hotel dinning room especially at breakfast.

The Americans present an obvious yet subliminal message “God this place is average , can’t wait to move on”.

The Australian couple on the other hand are overcome with apprehension and if anything, mild confusion. The male especially, gives the distinct impression, that he has no idea of how he woke up in what is obviously a foreign country. ThIs troubling thought overwhelms him when he surveys the breakfast spread and is confronted by food that he would normally eat at dinner and secondly there are no obvious Kellogs Corn Flakes.

A few of the ornate tombstones! Has given me a couple of ideas for my own final resting place. The bust I mean, not the marble fairy.

Presumably a large mausoleum in the cemetery. 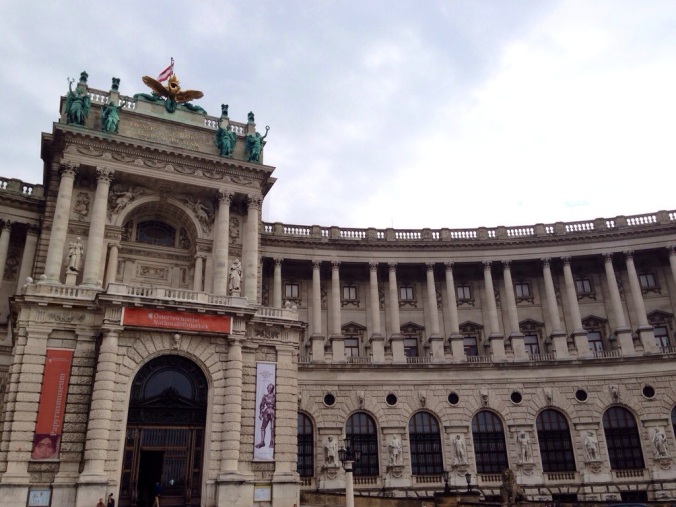 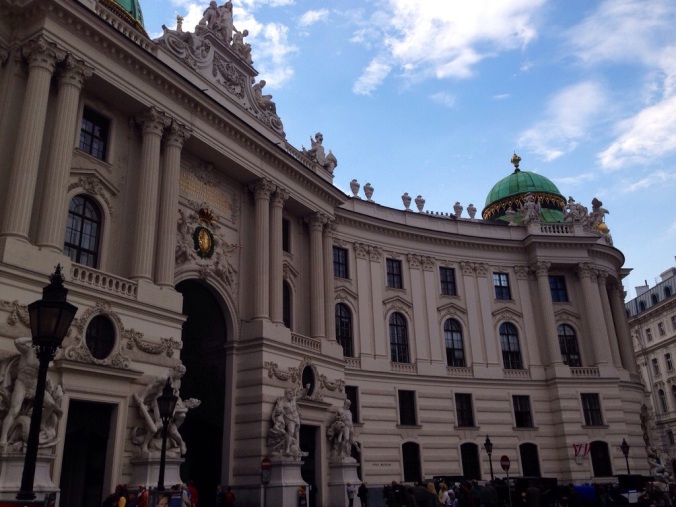 A few snaps from around the Hofburg district. 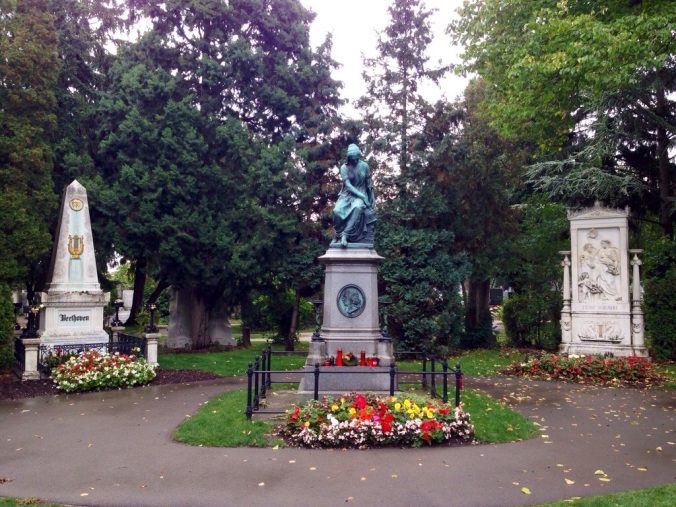 Beethoven, Mozart and Schubert graves in the Central Cemetery.