This is quite one of the most delightful villages. It sits on a river and the clean running water provided electricity and a huge malt house that fermented hops to make of course, beer.

As a consequence it was one of the first villages in Bohemia to switch on street electric lighting in 1789.

This led to a dramatic and almost instantaneous decrease in accidental deaths by drowning in the river. The explanation was in retrospect, blindingly obvious! The beer swilling natives could stagger home at night and not face the danger of falling in the river.

As it happens there is a “beer festival” today. It was not all that unique! Think of a food and wind festival on “The Parade” perhaps a quarter the size. However there is the ubiquitous stage with rock band and singer and at a volume that is universally unbearably loud. The music was definitely not Smetana!

Again I am in a delightful B & B in Pisek.

Will let the pictures tell the story! 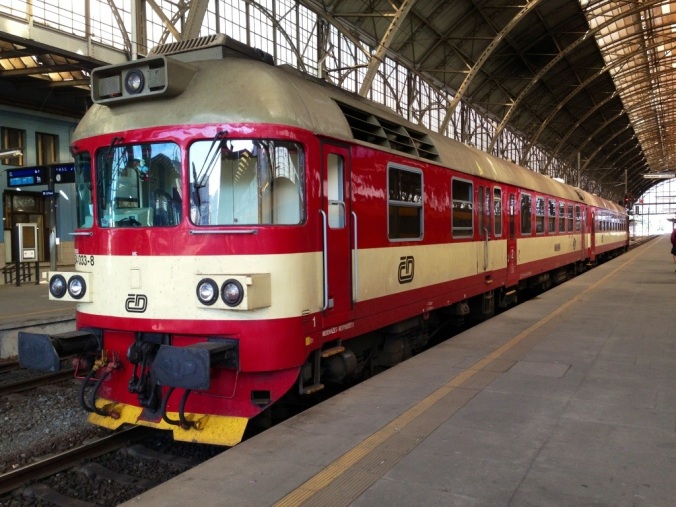 The high speed intercity express that took me from Prague to Pisek! 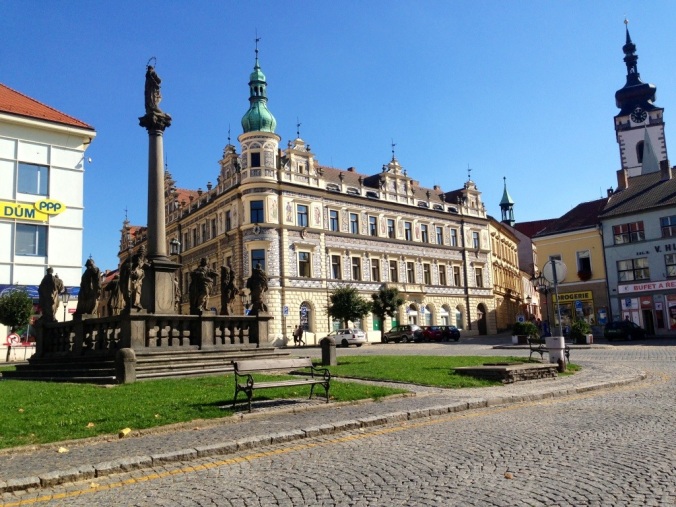 This remarkable baroque “house” is in the town square- it’s now a specialist medical centre! Truely!

A delightful street scene and street – note the comparison to Prague and the lack of humanity!

This is the Dvorecek Hotel – one of the most luxurious in all South Bohemia. It was originally built by the local pharmacist Dvorecek in 1899. It was a violin school in the early 20th century.

The impressive Town Hall in the square 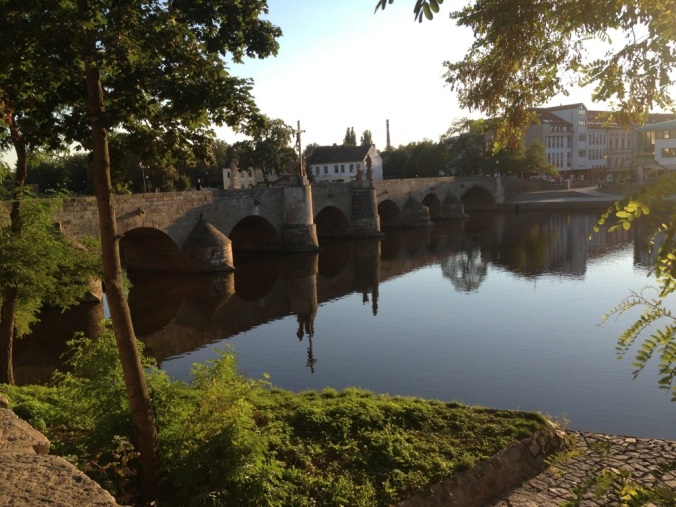 This 7 arched stone bridge over the Otava River was built in the late 13th century – it is the oldest preserved granite bridge of its type in the country!