Hannover and day with Aaron and his family.

At first I had assumed that it was so patently obvious that I was foreign, that on entering a shop I was greeted with an “Hul-lo” but it is increasingly apparent that this anglicized word is now almost universally used by the Germans to each other!

The tremendous influx of migrant workers has been predominately from Turkey and nowhere is it more obvious than the kebab shops!

Almost equal in number are the sidewalk “wurst” cafes, which reach new heights of culinary inventiveness in a “currywurst” sausage. Just as, on request, in Australia, your Baker’s Delight loaf can be hygienically mechanically sliced, so all wurst shops, without even asking your permission, submit your sausage to a mechanical, mathematically precise, division into bite size pieces. The extruded bits, in the off chance they may still be living, are finished off by drowning in a dollop of gravy and a heavy handed dusting of Keen’s curry powder and “Voila” a curry-wurst creation fit for a King!

Watching my intact sausage rapidly disappear into the metal cylinder and rapidly reappear at the other end, caused me to reflexly bend at the knees and wince!

The Berlin Tourist Booklet on “Museums of Berlin” lists a MUSEUM dedicated to the Wurst Sausage.

Yesterday during one of my numerous map reading pauses, a stranger approached me in the street and offered help – to my amazement he rather too quickly and almost too nonchalantly disclosed that he was a “surgeon”. I hasten to explain that I had not hinted in any way, at my profession. Spontaneously he described that he was Canadian with an Italian father. He based himself in Germany and for the past 9 years, flew where needed and when called, and his area of expertise was surgery: general as well as cardiac surgery and “transplants”!

He did not fit my concept of a surgeon, let alone a heart transplant one at that! He was rather unkempt, obese, long hair and almost nerdy. As we parted I thought “golly what ever he is taking its not working”! But to give him his credit, he is the ONLY human being in all of Germany to date that has precisely and expertly told me where to go!

I took the train to Hannover to spend the day with Aaron. As we sped along in airline like comfort, the monitors displayed our speed which at times hovered around 200km/hr! I was suitably impressed until I learned at the Berlin Technological Museum, that such high speed trains, travelling at these speeds, were introduced as early as the 1980s!

Aaron is well and starts his Uni studies again in October. This being summer in the northern hemisphere, its the academic long holidays ( equivalent to our December/January). He is driving a bus for his Dad’s bus company. Once he returns to Uni his current plan is a Master degree in Geology/Hydrology. This will take 2 years and his plan is to complete the practical in 18 months then write it up finish it in Perth ( WA) and if it works out and he likes it back in Australia, he may well stay on to then do his PhD. I said I will keep a bike in the shed for him!

I had a delighful day without a hint of disorientation! Aaron and his family live in an Hobbit-like village a few km from the nearest town. It os very green with picturesque homes, barns that have been turned into homes and horse and donkeys and fields of corn and sugar beet, windmills … Aaron explained that the village,rather than dying and shrinking, is in fact thriving, as Hannoverians have their own ‘seachange’ and move out to the country.

I had an evening meal with his family and his mother is a delightful woman who loves to cook, so we had a special german treat called an “Onion Cake” . To describe it as an onion quiche would not do it justice. it was served with green salad and we had a sort of bubbly sweet wine!

Aaron’s younger brother, Sam, is leaving for Australia in 12 days! Plans a working holiday for 12 months! He is a real lie wire, an extrovert with the gift of the gab, and I am sure he will find his feet in Australia.

Friday is my day to visit a few more museums. Saturday I leave for Stockholm and a few days of medical conference. Don’t expect daily blogs! 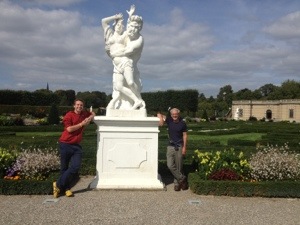 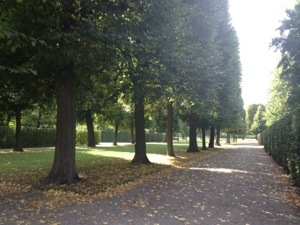 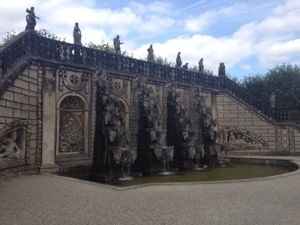 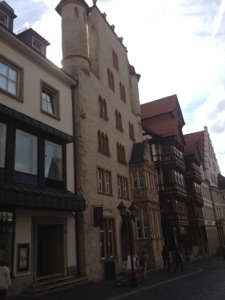 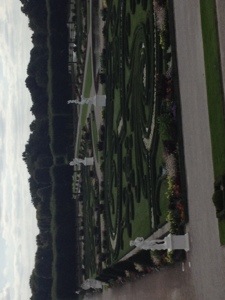