As is my custom, early to bed and early to rise…. absolutely necessary as the midday sun all this week will drive the temperature into the low 30s. Riding leisurely through cool hills and walnut plantations. 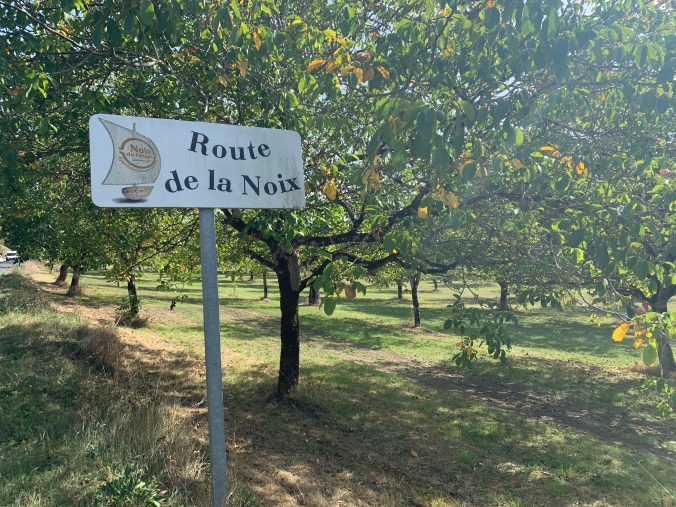 Adelaide has “The Reisling Trail”, the Dordogne has the “Nut Route”

The countryside in France has a unique bouquet of sweetish new mown grass with an occasional tinge of manure finishing on the nose.

Today was not without incident as I broke the shaft of the rear derailleur, no mean feat in a brand new bike.

For the unitiated, the black dangling thing should be attached to the rear axle 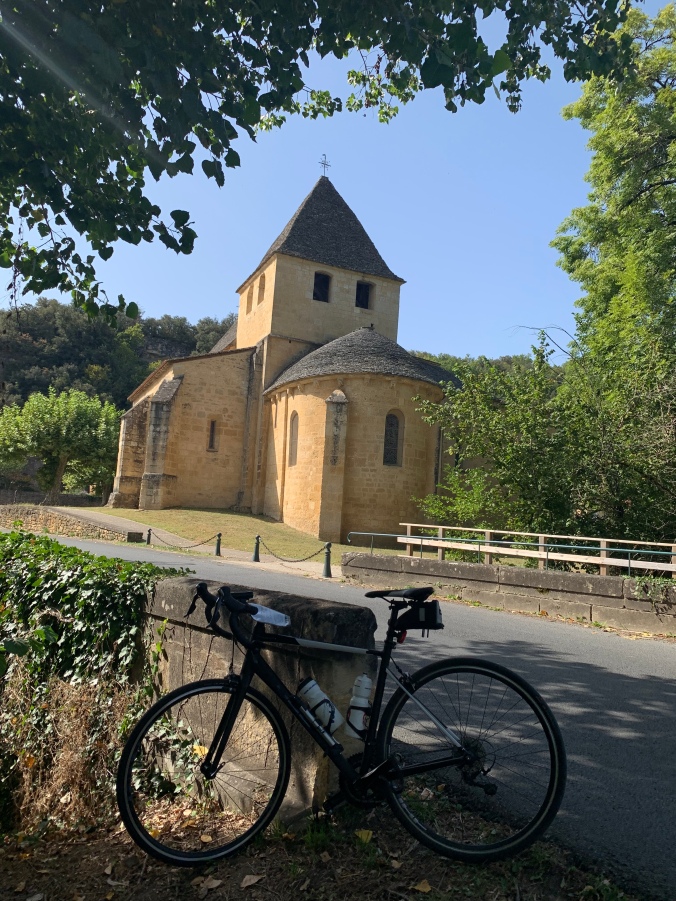 The gardens of the Castle la Treyne – now a hotel

The monastery of the town of Souillac

now follows a few pictures of La Roque-Gageac arguably “the prettiest village in France” nestled between the Dordogne river and the cliffs , indeed with houses built into them.

The small blip in the sky is a hot air balloon 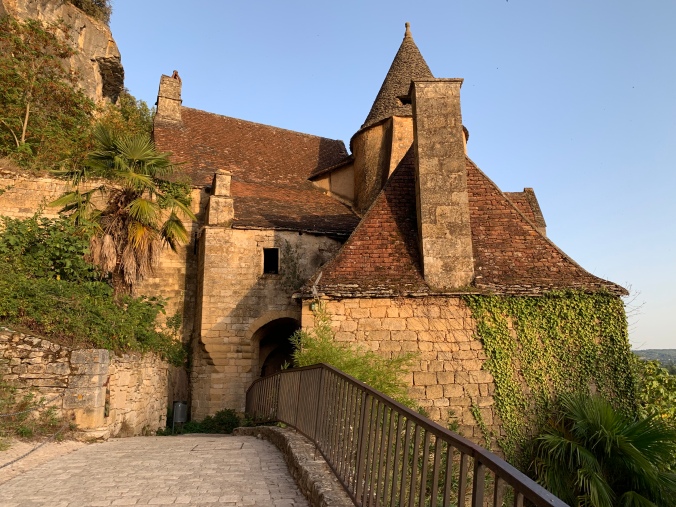 Fried Pate de Fois and mushrooms , swimming to the point of drowning